Have you seen an army of ants wandering rapidly and erratically across your South Jersey kitchen counter? They may just be “Crazy Ants.”

The Crazy Ant (or Longhorn Ant) is the most widespread ant on the planet – hitchhiking aboard all forms of human transport from container ships to luxury liners, airplanes, trains, and automobiles. It has become a nuisance worldwide and has claimed its spot on the Top 100 List of Invasive Species.

The Crazy Ant is very small, brown to black in color, with extremely long antennae and long spindly legs. With its bulging eyes, rows of thick white hair (setae), the body often has faint blue iridescence and is not difficult to identify. Since it appears to run around aimlessly, it was given the name Crazy Ant. 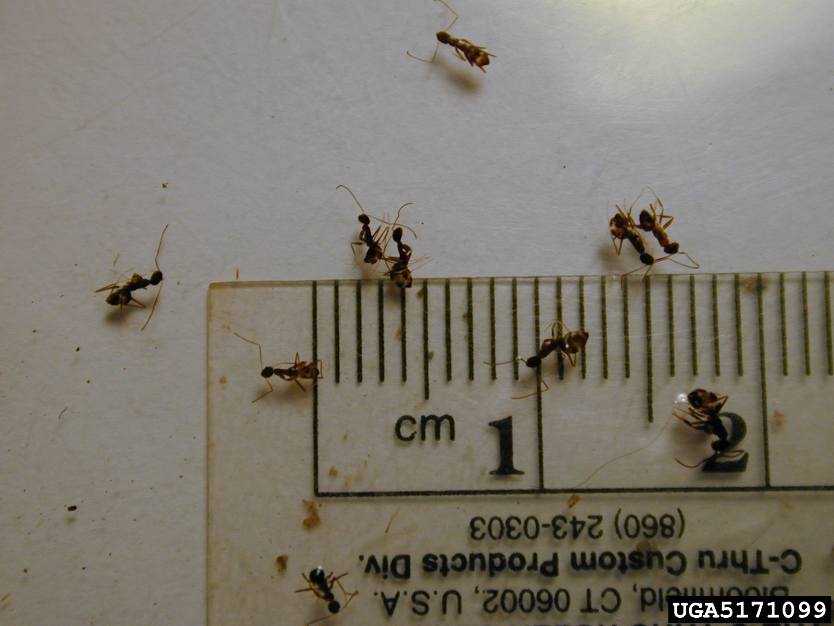 The Crazy Ant prefers to feed on proteins – animal matter and insects – living or dead. It will feed on seeds, honeydew, fruits, sweets, grease and kitchen scraps.

Often Crazy Ant nests are far away from its foraging area making them hard to find and difficult to control. A nest site can be found by following worker ants carrying food back to the nest.

The Crazy Ant is highly adaptable – living in both very dry and moist environments outdoors and indoors.

They nest in large numbers and are capable of displacing other ants and possibly other invertebrates.

Crazy Ants nest in trash, cavities in plants and trees, rotten wood; in soil under objects like firewood, landscape timbers, stones, logs, mulch and abandoned debris. They can also be found in rain gutters, under and in potted plants, and in cracks and crevices.

The Crazy Ant has no stinger but may bite if disturbed.

What you can do if this ant is driving you “crazy”:

If your ant problem is driving you “Crazy” – give us a call!